O2 Telefónica caused surprises: For the first time since its merger with E-Plus in 2013, the provider's performance increased by a significant 17.5 percent (overall grade 2.2). The improvement is particularly noticeable in the cities, where O2 achieved very good values in some cases. In the future, the market players could come under pressure, especially with regard to pricing, as tariff offers in the O2 network are generally significantly cheaper than those of the competition. As in the previous year, Deutsche Telekom is prevailing over the other two providers. The magenta giant is unbeatable in terms of upload and download speeds. Vodafone is in second place by only a small margin and receives the rating "very good" from CHIP for the first time. 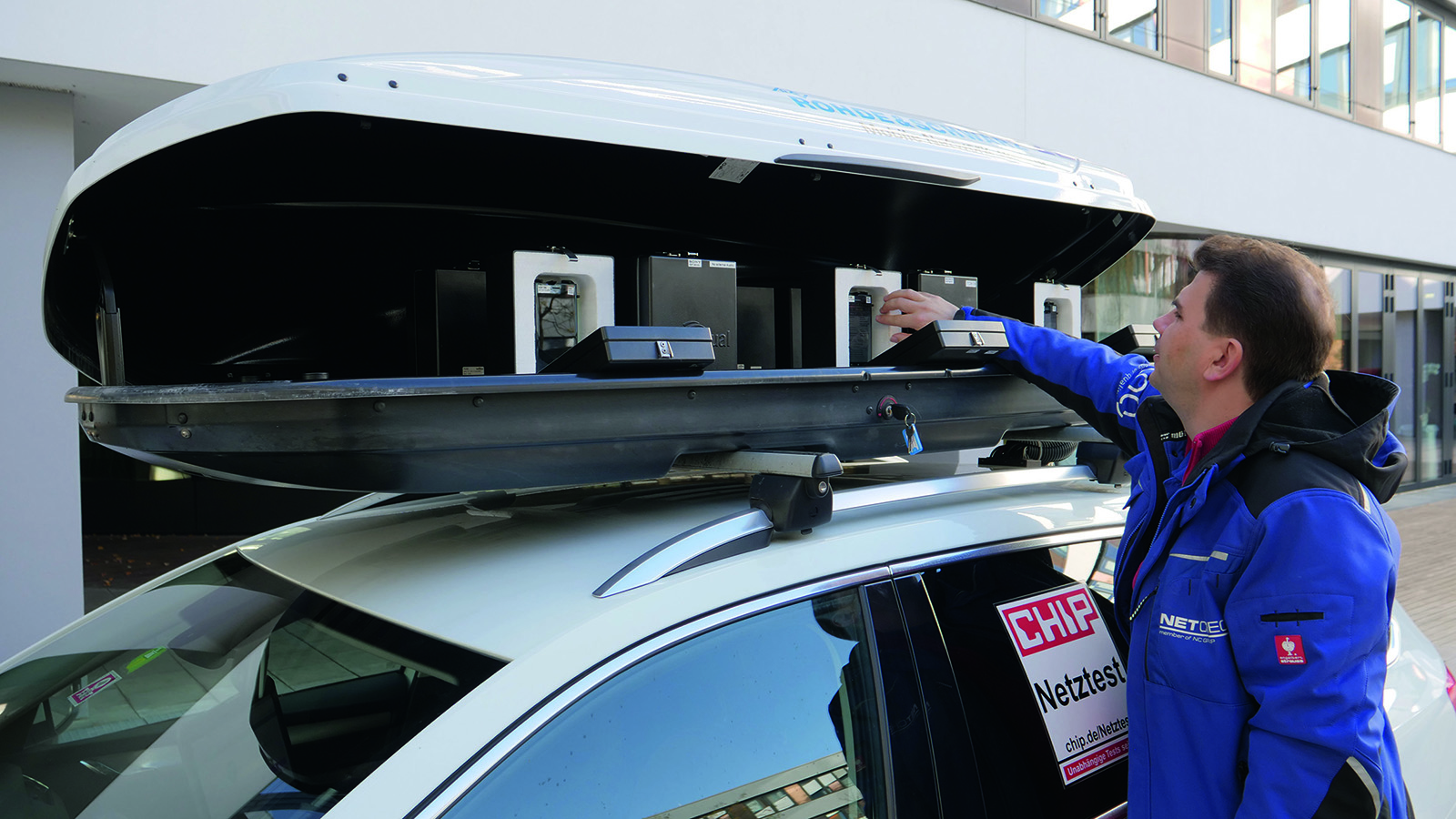 In the networks of Telekom and Vodafone the use of VoLTE (Voice over LTE) with EVS (Enhanced Voice System) is the normal case. The average call setup in the CHIP network test takes a fast 3.94 seconds (Telekom) and 3.98 seconds (Vodafone). Both providers achieve very good values for voice quality. Technically, O2 is on a level with the competition, but customers are not offered the latest technology everywhere: VoLTE coverage is only 82 percent, while Telekom and Vodafone have a share of over 96 percent. This also means that the call setup takes longer. "It is noticeable that network operators are now increasingly using frequency ranges for LTE that they had actually bought at auction for older radio technologies such as UMTS or GSM," says Wolfgang Pauler, test manager at CHIP. Vodafone is doing this most consistently. In the CHIP test, for example, 6.8 percent of all uploads and downloads via LTE took place in the 2,100 MHz frequency band, which is normally used for 3G/UMTS.

Cities at an advantage, train drivers have to make sacrifices

At highly frequented locations in the major cities, such as the Brandenburg Gate or Munich's Marienplatz, the distance between O2 and Vodafone is significantly reduced. Outside the cities, however, O2 offers a contrasting programme: on country roads and motorways, around 8.4 percent of file transfers failed. Only in nine out of ten cases did the upload of a photo to Facebook succeed. Vodafone and Telekom, on the other hand, only achieved marginally worse results than in the measurements in the cities. In terms of network quality on trains, all providers can still improve. The successful model is Switzerland: there, thanks to modern mobile communications technology, the network quality along the tracks is certainly comparable with that in the cities. A small ray of hope: Train leader Vodafone is slowly approaching a good rating here.

The CHIP network test in numbers

Two teams drove off 10,540 kilometres of track by car. In the roof boxes, 18 Sony Xperia XZ Premium smartphones measured the speed and capacity of the German networks. Benchmarker II from Rohde & Schwarz Mobile Network Testing collected the data. Two other teams used the Freerider III backpack system (also from Rohde & Schwarz). They covered 650 kilometers through city centers and 3,112 kilometers by train, spending more than 112 hours at heavily frequented points in the metropolitan areas. In total, the testers collected over 390,000 data samples.

The entire test results can be found at chip.de/netztest from 26th of November and in the CHIP 01/2019.  The magazine will be available in stores and at CHIP Kiosk from 30th of November. 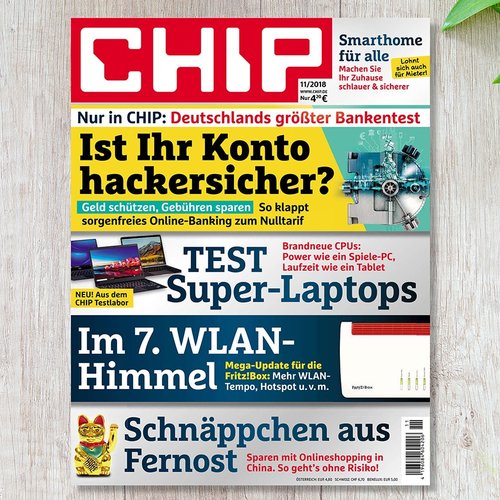 Online banking has long become the norm: According to a survey by the opinion research institute GfK, one in two Germans is committed to online banking. For the 2018 Online Bank Test, CHIP examined the service quality of 14 national banks and eight regional institutions.