Shaping the future with digital know-how: The technology and consumer portal CHIP has taken its 40th anniversary as an opportunity to organize the largest hacker school in Germany. Around 200 students spent a day in Munich learning about the world of bits and bytes. They were guided by the Hamburg Hacker School and forty software developers from BurdaForward. 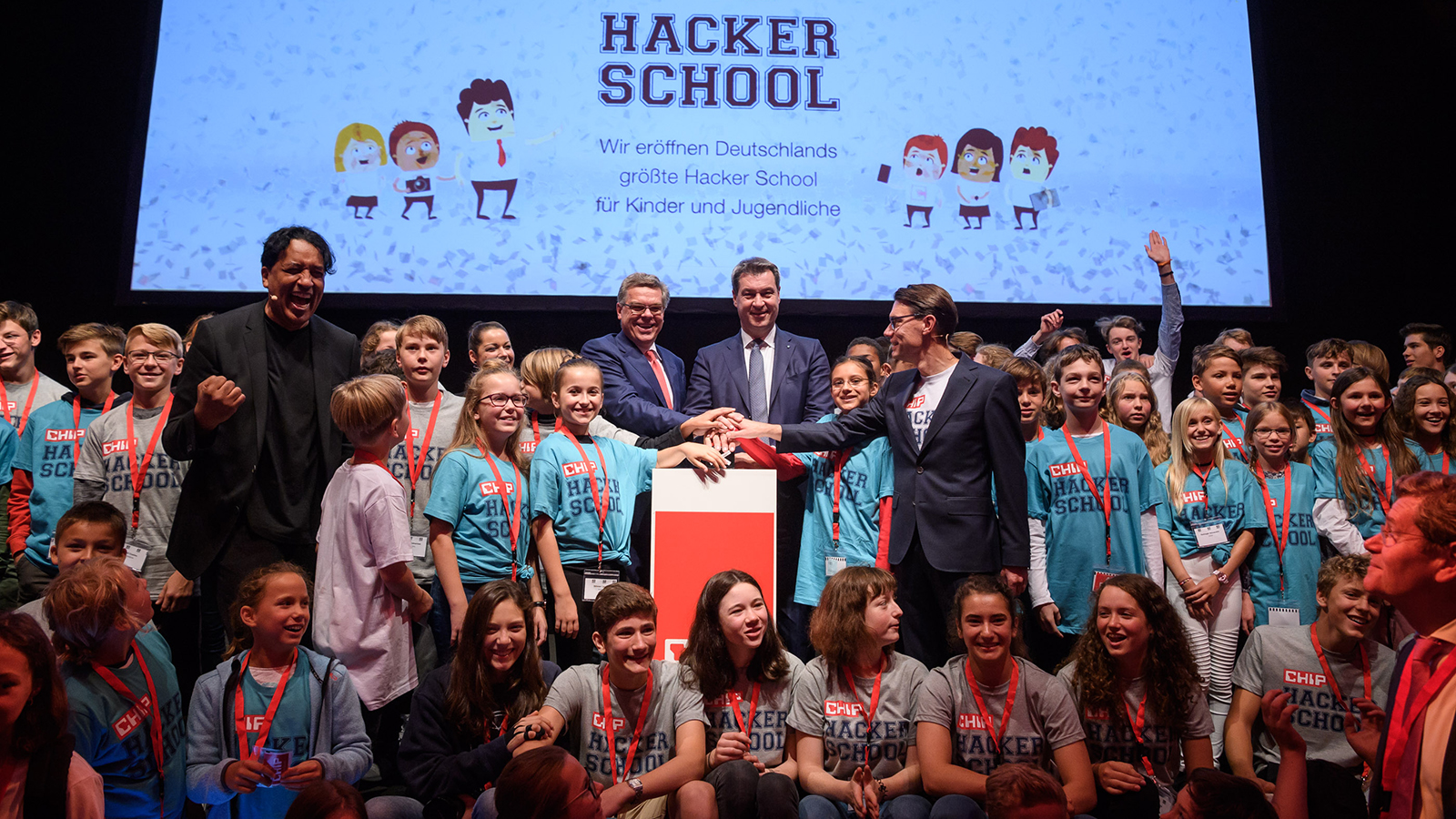 Ceremony for the launch of the Hacker School

The event kicked off with the official ceremony in the Haus der Kunst, which was attended by around one hundred guests from politics and business. Chancellor Angela Merkel addressed the assembled students in a written greeting. The main speaker at the ceremony was Bavarian Prime Minister Markus Söder, who spoke about digital development in Bavaria. Also present was the publisher Dr. Kurt Eckernkamp, who as a member of the founding team of CHIP did pioneering work for the German computer scene. With the Hacker School, CHIP would like to draw attention in particular to the relevance of digitization in education and contribute to the founding of further Hacker Schools throughout Germany.

The aim of the Hacker School is to inspire children and young people between the ages of 11 and 18 with enthusiasm for information technology. Good grades in appropriate school subjects or previous knowledge are not necessary for this. The young up-and-coming programmers had four different projects to choose from on the day of the event: In the Swift Playground app, they moved around in a colourful 3D world by entering codes and commands. They learned to build their own homepages with HTML and CSS and programmed a Raspberry Pi or Micro:bit - their own tiny single-board computer. In the early evening, the children and teenagers presented the results from their hacker classes and received a certificate that distinguishes them as participants of Germany's largest hacker school - powered by CHIP.

Learn IT with the Hacker School

The Hacker School was founded by managing directors of the Ministry Group and has set itself the goal of getting children interested in IT through play. Federal President Frank-Walter Steinmeier visited the Hacker School in January; it is currently still in the running for the German Integration Prize. In the Google Impact Challenge, the initiative was recently awarded 250,000 euros as a lighthouse project.